After having my Distribution Point crashing and getting Hash Mismatch on pretty much all Applications,
Programs and Updates we started having issues with PXE.

I managed to get all the packages distributed and was able to install them on clients.
However PXE would not run properly.

Checked the SMSPXE.log and got the following: 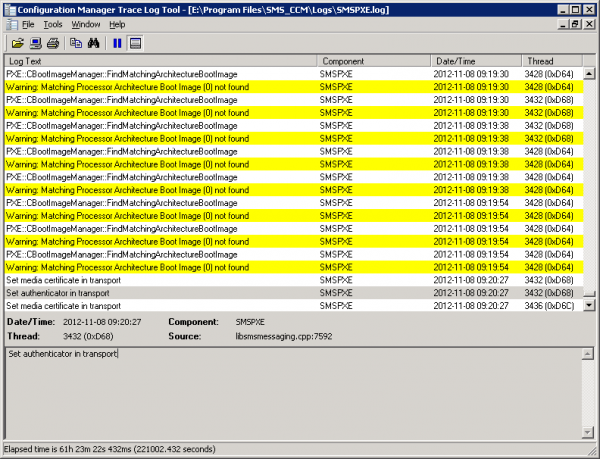 The boot image shows as 100% compliant on all the necessary DPs, but the PXE service was unable to locate it. Everything looked right, the helper addresses was correct on the switches and the DHCP range was in place on the DHCP server.

The short answer to this story is that although the PXE point is now a feature of a DP, it’s not entirely integrated with the Distribution Point. WDS still needs the boot images to be present and current.

There’s a checkbox (unticked by default) on the properties of the boot image, under the Data Source tab, which is called Deploy this boot image from the PXE service point.
My checkbox was already checked, but when I rebuilt my DP something went wrong. Untick the checkbox if previously checked and click Apply.

(Re)check the box and press Apply, wait for the WIM files to be copied over to your RemoteInstall folder. 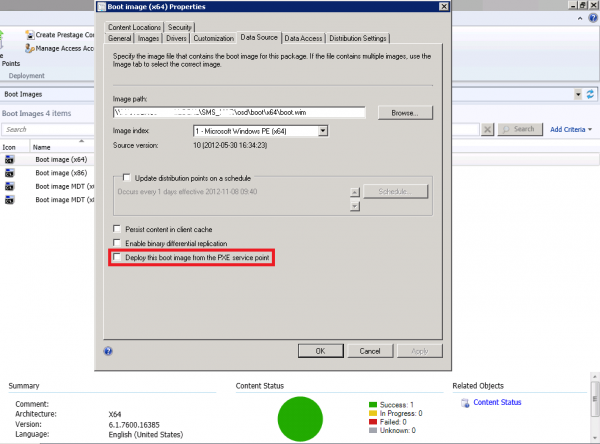