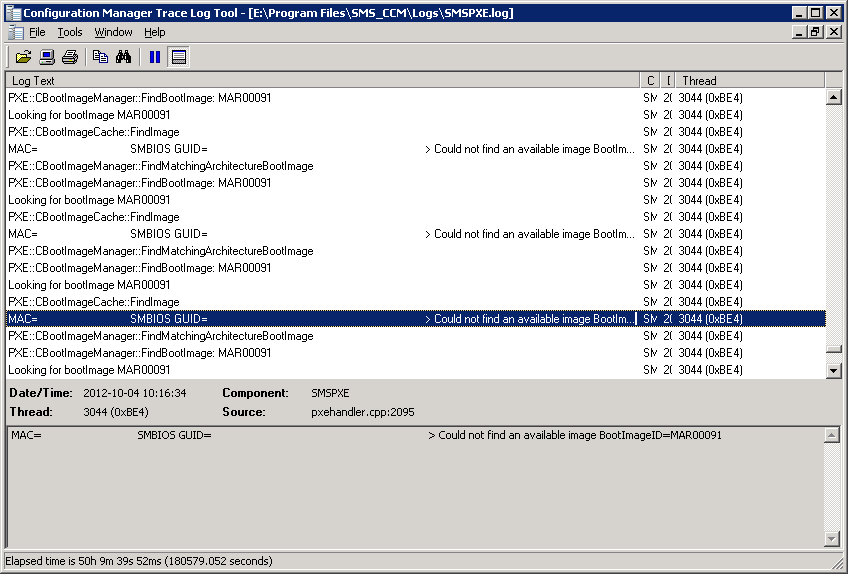 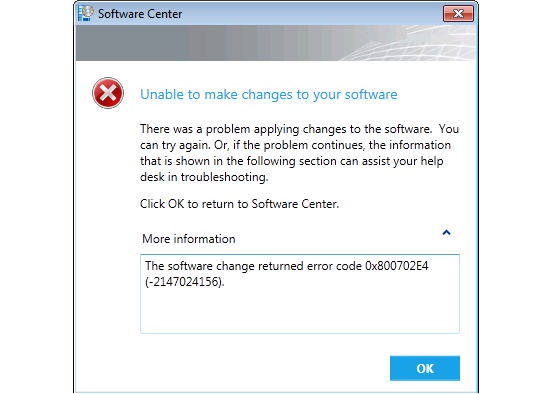 When installing an application on a newly deployed computer we received the 0x800702E4 error from Software Center.

After some troubleshooting we concluded that the application was configured… 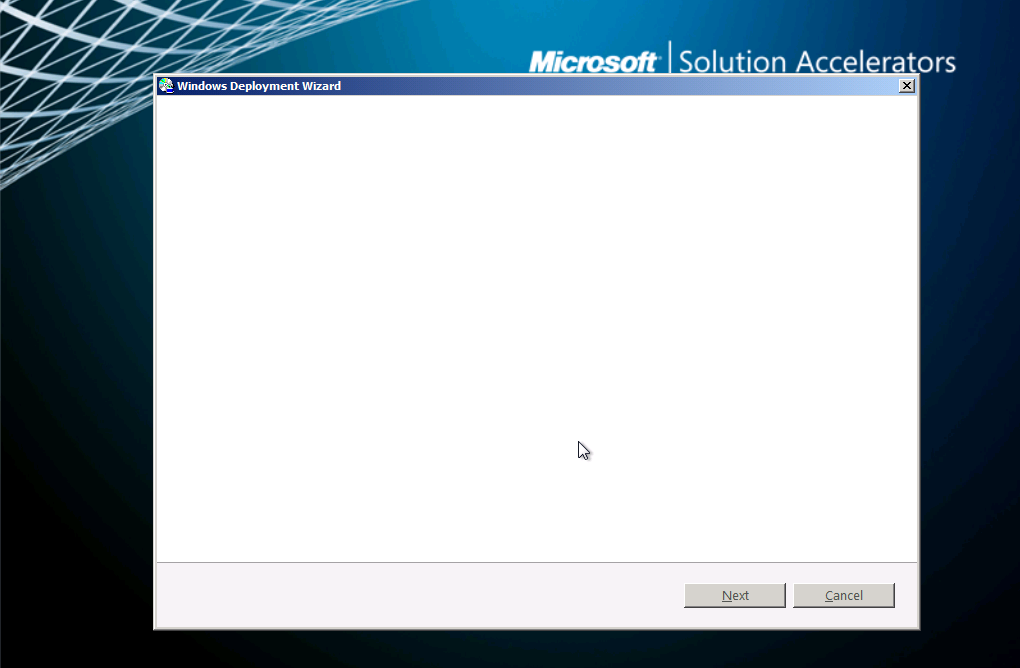 Finding the right log will help you heaps when troubleshooting the clients.
Here’s a list of the files availible in SCCM 2012 (client-side). 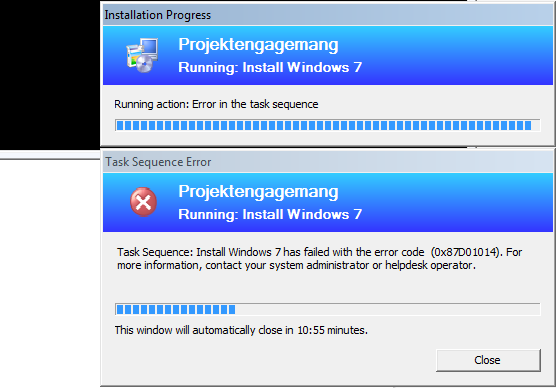 When deploying a HP SSM Driverpack via a SCCM 2012 task sequence I ran into the 0x87D01014 error. Which gave me the following error logs in SMSTS.log… 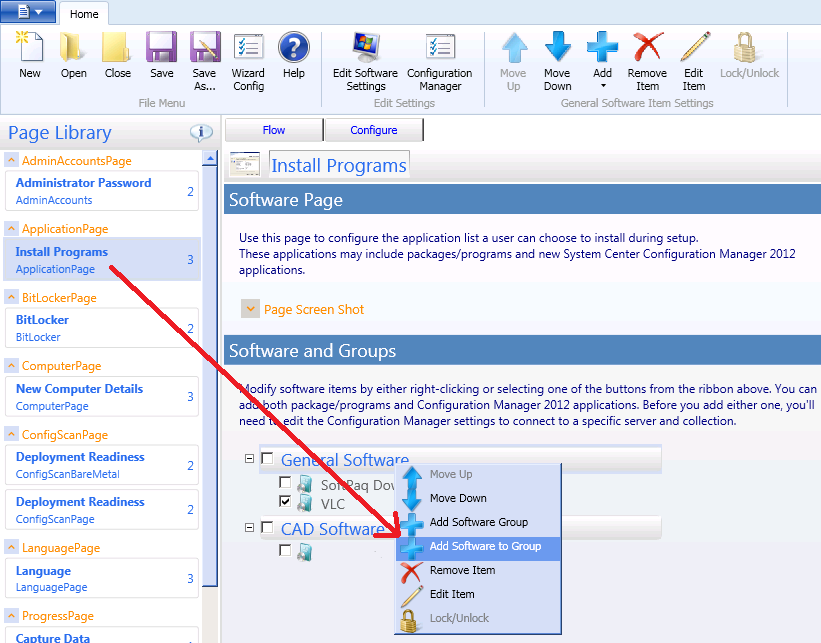